I have found that as I get older, I don't sleep like I used too. I'm usually up 2 or 3 times through the night. Last night, being no different, I woke up about 2:30. Every time I get up, at least 2 of the dogs are going to want out. Nothing different this morning. I let the dogs out and noticed that it was rather nice out. I stepped out on the back deck to have a smoke and heard our male dachshund having fits down by the fence.

I got the flashlight and saw him digging around a cart that sits next to the neighbors garage. I called him several times and he would not leave his little digging project. Well, hell. I went and got shoes on, I had to know what was so interesting. I got down where the dogs were, the other one was just watching, she's too lazy to dig, and peeked under the cart. There sat a small possum. Sam is a miniature dachshund, so he's not real big, but he was too big to get under that cart. Which was probably a good thing for both dog and possum. I headed back in and called, he wasn't coming. I picked him up and carried him in, thinking the possum would find quieter accommodations.

0430, up again. Dogs out. Sam went right back to the cart and started digging and sniffing. The possum by then had moved on. He's a hardheaded little turd at times. Up again at 0600 for the day. Made coffee and sat down to wait. I looked over about time the coffee should be done, a pot of hot water. Maybe I should have went back to bed. 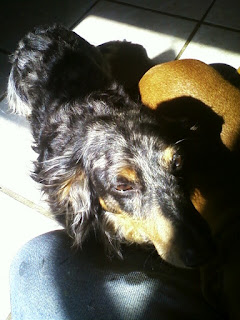 The possum king.
Posted by Robert Fowler at 10:00 AM No comments:

Grassley and Fast and Furious

The register has a article today about Senator Grassley and Obama's sudden interest in making all of the fast and furious article secret under executive privilege.

Controversial? Criminal is the proper word. There was no arrangements made with the Mexican Government to intercept these guns at the border. When the ATF field agents were told to stand down, the guns were delivered to criminals in Mexico.

Then they state, "The operation went awry".

No it didn't. It went exactly as this criminal administration wanted it to. It was to prove to the American people that US guns were the problem in Mexico. Of course the fact that the US Government is the biggest supplier of military arms to Mexico was left out. Also left out was the fact that thousands of Mexican soldiers are deserting to the cartels and taking their issue M16's with them.

The murders of Brian Terry, Jamie Zapata and a few hundred Mexicans is a small price to pay to advance their gun control agenda.

Here are the links to all of the F&F articles written by David Codrea and Mike V. since all this started.


The Main stream media has ignored this from the beginning, except for a little work by CBS's Cheryl Atkinson and a few reports on Fox. Most of the work has been done by 2 bloggers and a handful of ATF agents that were fed up with the way things were going. These agents put their careers and possibly even their lives on the line to expose this criminal act for what it was. Not to mention that the act of smuggling guns into Mexico, a foreign nation, is a act of war. Of course Mexican President Calderon has his nose buried so far up Obama's ass that when he eats, Calderon get the first sniff. All he can do is come to this country and blame the law abiding gun owners for the problems that the illegal drug trade has done to his country.

Now we have Obama's executive privilege popping up after 18 months. The only reason he is doing this is to protect Holder. Every time F&F has ever come up, Obama has denied knowing anything. It is after all "a very big government" according to him. If he hadn't heard of it, why is he all of a sudden hiding the documents? Why was a top NSA operative transferred from the White House to Iraq? A operative that is friends with "Gunwalker Bill" Newell? Out of reach if the investigation. What else is the Obama administration hiding?

It's time for the full house to vote Holder in contempt and pursue criminal charges. If necessary, start impeachment and criminal charges against Obama too.Tying the hands of the oversight committee will not stop the investigation from moving forward. We might find out the trail of dead bodies leads right up to the White House door.
Posted by Robert Fowler at 5:37 PM No comments:

The Texas Father that defended his Daughter has been "no billed" by the grand jury. I predicted as much when it happened.

USA Today had this story. While the AP had a shorter release.

It's good that he wasn't charged and we wish him and all of his family the best.
Posted by Robert Fowler at 4:19 PM No comments:

While dooing my morning reading I ran across this great video. Being the adventurous sort I followed one of the links for the group Dropkick Murphy's. I posted a video of them previously. Todays link took me here.

I went to their You Tube page and found out they have over 11,000 videos. Of course there are different versions of the same song, but that's still a lot. Some of their stuff has a distinct metal feel to it. I've never been a big fan of heavy metal, but somehow they make it OK.

Fishing with the boys

Two of our grandsons love to fish. I took them out to the lake yesterday. It was nice and calm when we left the house at 8:00 AM. by the time we stopped to get worms and ice the wind was starting to pick up. By the time we finally got to the lake it was blowing like nobody's business. 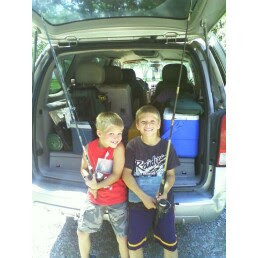 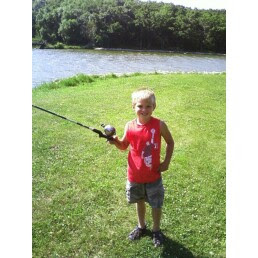 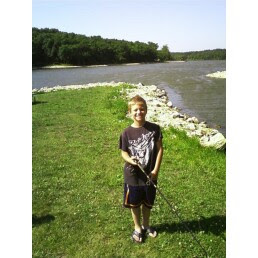 I decided I wasn't even going to try in that wind. The boys weren't being deterred. The killed a couple worms and then decided maybe lures would be better. After about a hour they decided maybe it was too windy. We packed up and went over to the range to do a little shooting. I had a customers 1911 to test fire.

I have a old Glenfield model 60 that I built from spare parts. It's a nice little rife and it's just the right size to start the boys on. I have been drilling the 4 rules into them and they can recite them back pretty good. I give them a lot of lectures on safety and marksmanship.

Bryce is the oldest and is becoming a pretty good shot. At 50 yards he managed to get 10 out of 11 on the target. 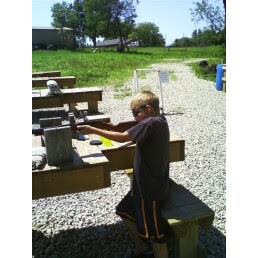 A little more practice and he might be ready to go squirrel hunting. Brock needs to grow a little, he still can't get his shoulder where it needs to be and still reach the trigger. Starting them young is a good way to instill the message of safety. The first lesson they learned was "Do Not Touch". From there we moved up to learning the rules and from there the basics of marksmanship.

We went back out last night for a little cat-fishing. It was ungodly hot and not even a breeze. We stayed out until Bradley decided he wanted to go. He usually doesn't show much interest in fishing. Last night was a treat to have all three of them out at the lake. We still didn't catch anything, but we had fun. In the end, that's all that counts.
Posted by Robert Fowler at 12:07 PM No comments:

On June 11th, there was news about a West Virginia artist and author that was shot in a drive by in Montana. Montana of all places.

Ray Dolin, 39, of West Virginia, was shot in the arm as he approached a pickup Saturday evening, thinking the driver was offering him a ride, said Valley County Sheriff Glen Meier.

The "shooter" was tracked down and arrested based on the description of the truck he was driving.

Yesterday we get this headline; Authorities say hitchhiker shot himself

A West Virginia man who claimed to be the victim of a drive-by shooting along a rural Montana highway while working on a memoir called “Kindness in America” has confessed to shooting himself, authorities said Friday.


Dolin had claimed he was hitchhiking along U.S. Highway 2 west of Glasgow on Saturday when the driver of a maroon pickup pulled to a stop and shot him in the upper arm with no provocation.

Falsely accused, Mr Danielson should be consulting a lawyer. He probably has a pretty good case for suing the idiot that shot himself and maybe even the Sheriff's office.

All because some asshat wanted to promote a book. Hopefully he will get plenty of time in a cell to think about what he did.
Posted by Robert Fowler at 8:28 AM No comments: