They registered once. That didn't work out to well for them.
Posted by Robert Fowler at 12:27 PM No comments:

A country is born

239 years ago patriots stood their ground and sent the Kings men running. 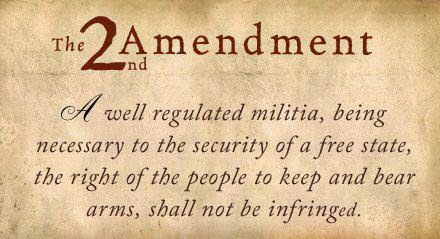 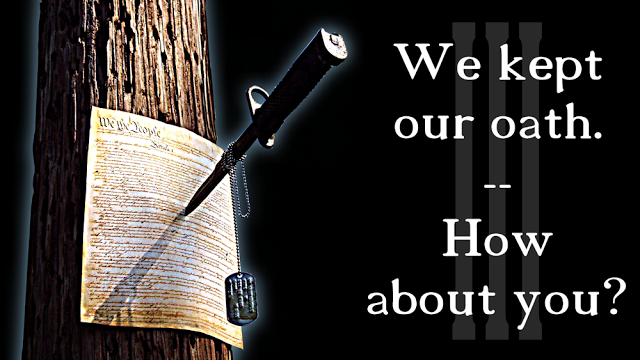 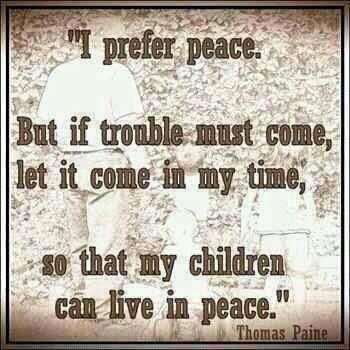 Posted by Robert Fowler at 9:48 AM No comments:

I consider every call to repeal, or at least eviscerate, the Second Amendment to begood news. It's an acknowledgement that the "collective right" interpretation of the right to keep and bear arms is dead, as a settled point of Constitutional law. Keep talking, Justice Stevens -- you seem to have accidentally joined the forces of pro-rights advocacy.
Posted by Robert Fowler at 10:54 AM No comments:

Found in the comments section of a story about so called "smart" guns. Pass iit along to everyone you know.


Our Federal government is out of control,Flushing our rights down the toilet bowl.Opening our borders to illegal scum,For more votes and corrupt-shun.
BLM just made a stand,And the patriots came to the desert land.BLM backed down, from round one,Be vigilant America, this AIN”T done !
Fuhrer Obama and his parasites,Destroying America is in their sights.Spying on you spying on me,This isn’t right in the ‘land of the free’ !
A land of sheep have we become?The rule of law should be number one.This old vet will die FREE,And not upon a bended knee!
They want our guns and complete control,And they know it won’t be an easy go.Chip a little here, chip a little there,Hoping we won’t be aware.
The oath I took for Vietnam,Is still in effect to protect this land.If you want my guns you see,Look up the meaning of MOLON LABE !!
John D USN RVN 71, 72, 73, evac 75
Posted by Robert Fowler at 3:14 PM 1 comment:

I was pointed to a great article yesterday that sure sines some light on the current goings on. What really got me was a quote by a retired Marine and now security person.

“These people are playing with matches… I don’t think they understand the scope and scale of the wildfire they are flirting with. They are fucking around with a civil war that could last a decade and cause millions of deaths… and the sad truth is that 95% of the problems we have in this country could be solved tomorrow, by noon… simply by dragging 100 people out in the street and shooting them in the fucking head.”

When can we get started?

And lemme tell ya, he had the list… he rattled off 25 or 30 names of well-known, prominent politicians, mostly Democrats, but a few Republicans, several members of the current Cabinet, a couple of Obama’s “czars”, a couple of figures from the Bush administration and the Republican establishment, several media company executives and on-camera newscasters, reporters, and pundits, a couple of people who are active in leftist politics but not in elected office… he had obviously thought about this to some degree already.


I wonder if his list matches mine? The article is a bit long, but well worth the time to read it.

H/T to WRSA and a few other, and you know who you are.
Posted by Robert Fowler at 9:27 AM No comments:

Tortoises? OK, tell us another one.

Tortoises my ass. It is and always has been about money.

Harry Reid and his son stand to make millions off the deal with the Chinese.
Posted by Robert Fowler at 9:14 AM No comments:

Bundy Ranch - What You're Not Being Told

Here is a good analysis of the festivities in Nevada.

In this we're going to present you with evidence of blatant corruption and criminal activities that anyone, including law enforcement, can easily verify.

But before we go into the details, it's important to acknowledge here, that the political left and the political right are watching this crisis through very different eyes. You on the left saw this old rancher defying the Federal government over cattle grazing fees, with right wing pundits pleading his case, and armed militia moving in to intervene... it probably gave you the impression of Tea Party temper tantrum... with guns. Given some of the personalities who were involved in the media circus surrounding this, that impression is perfectly understandable, but underneath the appearances there is something here that all Americans need to see, whether they consider themselves conservative, liberal or none of the above.


It's not about tortoises or fracking or even cows. It's all about greed. Share this with all of your friends and neighbors. It's way past time for the politicians to listen to us. Like they did this past weekend in Nevada.

It's been said that the enemy of your enemy is your friend. Trouble is, the people of the United States have been a bit confused about who the enemy really is. You've been allowing a thuggish, out of control, corporate owned government to persecute your ideological rivals, not realizing that the same boot will someday be grinding your face into the dirt. And all the while your common enemy, your real enemy gets stronger, and more aggressive, more lawless, and more blatantly corrupt as we dance the left right left right two step to tyranny. They've been playing you like a fiddle.

But the sleeping giant is starting to wake up.

And they are scared to death of you.


As they should be.
Posted by Robert Fowler at 7:52 AM No comments:

90 Miles From Tyranny : 10 Bold Battlefield Deceptions That Actually Worke...: We’ve previously discussed some of those tactics so crazy and unconventional that they had to work. Now, let’s train the limelight on some ...
Posted by Robert Fowler at 7:25 AM No comments: