Off to the gun show

The gun show stats today and runs through Sunday. I hope I'm ready. It sure seems like I did a lot of work for this one and the one in April. Wish me luck.
Posted by Robert Fowler at 12:17 PM 2 comments: 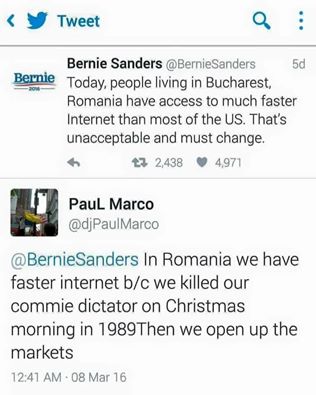 Shamlessly stolen from Angel
Posted by Robert Fowler at 3:59 PM No comments:

The Des Moines Register has taken fear mongering to a new low. Currently in Iowa, a child must be 14 years old to even handle a handgun. There is a law in the works that will take the age restriction off so that responsible parents can teach the art of pistol  craft to their child at a younger age. It's common knowledge that teaching safety, starting young is better. But according to the gun hating editorial board, we are wanting to create a "toddler militia".

It’s hard to imagine a scenario in which a preschooler would feel the need to brandish a gun that’s designed not for hunting, but to kill people. For that matter, it’s hard to imagine what sort of supervision a “responsible” parent would impose on such a child after handing him or her a loaded pistol.

Really? We're going t let a 4 year old shoot a handgun? In what world are these people living? My grandsons are getting into shooting and right now, the 12 year old is wanting to learn to shoot a handgun. The way the law is now, I can't teach him. I've been teaching them gun safety for years and the can recite the 4 rules from memory. Why shouldn't I be able to teach them the safe and proper way to shoot a handgun. They have both been shooting rifles for a couple of years. they are proficient in the safe hanling of their shared 22 and last summer, they moved up to a AR.

“Allowing people to learn at a young age the respect that a gun commands is one of the most important things you can do,” Rep. Jake Highfill, a Republican from Johnston,told the Washington Post. Otherwise, he said, kids would be taking up arms at age 18 “with no experience.”

One of the key sponsors of the bill gets it. We don't need fresh 21 year old's buying a handgun and all they know is what they see on TV.  That's just asking for trouble. But of course the Democrats, gun haters that most of them are, are trying to kill the bill just because "guns".

As Rep. Kirsten Running-Marquardt, a Democrat from Cedar Rapids, observed, “We do not need a militia of toddlers.”

Well isn't she just a special snowflake. Where do these people come up with these ideas? Of course the editorial board goes off the deep end when they call for a end to all laws pertaining to children.

By that logic, we should eliminate all our laws that seek to protect children from irresponsible parents. Child-safety seats in automobiles? Let’s eliminate those. Child-endangerment laws? No need for those, either. While we’re at it, let’s eliminate the age limits on cigarettes and alcohol. If a parent has the “right” to hand a gurgling, cooing infant a loaded handgun, that parent should also be able to send a child off to school with a pack of Camels and a Thermos filled with bourbon.

You can read this whole mess here.  Be sure to check out the comments, some of them are pretty "special" too.
Posted by Robert Fowler at 7:00 AM 2 comments:

THE MOST SHAMEFUL INJUSTICE

In this first video in the new FIREWALL series, host Bill Whittle shows what four, five, six, seven or more decades of Death by Democrats has done to our nation’s cities.