Say no to Syrian war

Do these people just not understand that the "rebels" are Al-Quida? The same Al-Quida we have been at war with for 12 years? You would think that after the hell of the Hanoi Hilton, McCain would be against sending troops into war like they want to do in Syria.

Kerry is going to keep up the lie that the rebels are our friends. Even though the UN and Russia have both released reports that it was the rebels that did the gassing. And they have a plan to put troops on the ground and have had this plan since last year.

Securing Syria's chemical weapons stockpiles and the facilities that produced them would likely require the U.S. to send more than 75,000 ground troops into the Middle Eastern country, MailOnline learned Wednesday.That estimate comes from a secret memorandum the U.S. Department of Defense prepared for President Obama in early 2012. U.S. Central Command arrived at the figure of 75,000 ground troops as part of a written series of military options for dealing with Bashar al-Assad more than 18 months ago, long before the U.S. confirmed internally that the Syrian dictator was using the weapons against rebel factions within his borders.

Russia says a deadly March sarin attack in an Aleppo suburb was carried out by Syrian rebels, not forces loyal to President Bashar Assad, and it has delivered a 100-page report laying out its evidence to the United Nations.

People like Kerry and McCain are desperate to start a war for some reason. Congress needs to deny the permission for Obama and company to start firing missiles into a country that has not attacked us. Write, call and e-mail your congress critters and remind them that supporting the "rebels" is giving aid and comfort to our enemies, it's called treason.

The phone numbers are for the Capitol switchboard. When you look up your Rep, there should be a phone number for their particular office.

Posted by Robert Fowler at 12:01 PM No comments:

We need to stay out of Syria. Bombing the Syrian government is what Al-Quida wants us to do. Al-Quida, the same people that we have been at war with for the last 12 years. The same people that murdered over 3000 Americans 12 years ago next Wednesday. The Constitution calls giving aid and comfort to the enemy Treason. Remind them of this. Wake up people.

Call your Congress Critters. Call your Senators.The information is easy to get.

Posted by Robert Fowler at 7:52 AM No comments:

Stolen from Blue.
Posted by Robert Fowler at 11:48 AM 6 comments:

We already knew this. Isn't that what we have been telling the gun haters all along?

The Harvard study attempts to answer the question of whether or not banning firearms would reduce murders and suicides.  Researchers looked at crime data from several European countries and found that countries with HIGHER gun ownership often had LOWER murder rates.
Russia, for example, enforces very strict gun control on its people, but its murder rate remains quite high.  In fact, the murder rate in Russia is four times higher than in the “gun-ridden” United States, cites the study. ”Homicide results suggest that where guns are scarce other weapons are substituted in killings.” In other words, the elimination of guns does not eliminate murder, and in the case of gun-controlled Russia, murder rates are quite high.
The study revealed several European countries with significant gun ownership, like Norway, Finland, Germany and France – had remarkably low murder rates. Contrast that with Luxembourg, “where handguns are totally banned and ownership of any kind of gun is minimal, had a murder rate nine times higher than Germany in 2002.
The study found no evidence to suggest that the availability of guns contributes to higher murder rates anywhere in the world.  ”Of course, it may be speculated that murder rates around the world would be higher if guns were more available. But there is simply no evidence to support this.”


A man out on a public street, beaten to death for reasons still unknown. A lot of the witnesses are not talking to the police. Too many feel it's far better to keep silent about a murder than to rat out someone. 3 18 year olds have been charged with murder. Two of them are in jail while the third one is still at large.

"The suspects allegedly beat Daughenbaugh using no weapons other than their own bodies while others in the group tried to stop anyone from helping, police said."

A lot of people every year are beat to death with hands and feet.

"Le’Prese Derrion Williams, 21, was charged with willful injury in the assault.

Shanayia Dianne Hamer, 23, and Franreca Delores Woods, 19, both of Des Moines, were charged with first-degree theft for grabbing the phone."

All three of the should be facing the same murder charge, participation in a crime is supposed to give liability to all offenders. Equality is a good thing.

"Investigators haven’t determined what Daughenbaugh was doing in the area that night,"

It doesn't matter why he was there. We are a free country (supposedly) so he had every right to be there.

" and they aren’t sure why such a large crowd gathered."


Pack animals out looking for a victim. Cowards run in packs.

Get the best training you can get and get armed. The police according to SCOTUS are not there to protect you, You are responsible for your own defense. For the most part, the police write the reports and try to arrest the perpetrator. Then our catch and release (in)justice system will punish them, sort of.


A lot of the problem is the breakdown of the family unit. The way the welfare system is set up, it's better for the recipients if the father is gone. Maybe that's why the Black community has a 70% rate of unwed mothers. It really got a boost in the 60's.
If you go back, you can find where most of this started. LBJ and his "great society". Remember what he said;
“I'll have those niggers voting Democratic for the next 200 years. [Touting his underlying intentions for the "Great Society" programs, LBJ confided with two like-minded governors on Air Force One]”
Nice guy, used welfare to destroy the family unit and ensure democrat votes. Just wait till they make all the illegals citizens. We as a country are so screwed. 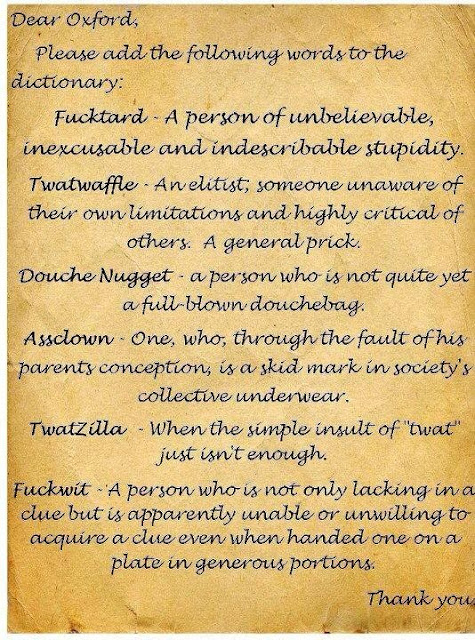 Stolen from Angel.
Posted by Robert Fowler at 10:34 AM 1 comment: