And let's not forget this.

Posted by Robert Fowler at 3:11 PM No comments:

Lots of reasons to vote against Obama. No wonder Jimmy Carter is smiling.


Posted by Robert Fowler at 2:57 PM No comments:

I took the boys fishing last night. Bradley, the youngest, caught his first fish. Today I had to take him to the store. Now he has his own pole and tackle box. They want to go again tonight, after it cools down a little. 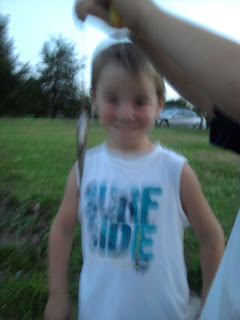 Posted by Robert Fowler at 3:52 PM No comments:

Taking Down the Second Amendment: The Connection between Fast and Furious and the Trayvon Martin Case

Great article about Holder, the 2nd Amendment and the Martin/Zimmerman case.


When they nullified the 10th Amendment, I said nothing because I was not a libertarian.
When they nullified the 2nd Amendment, I said nothing because I was not a gun-owner.
When they nullified the 1st Amendment, there was no one left to speak for me.
Unfortunately, the 1st Amendment, and our other rights, depend ultimately on the existence of the 2nd Amendment.
Holder has an interesting take on this amendment. Asked on ABC News in 1999 if he understood it to mean that "citizens have a right to bear arms" and to "buy a firearm," Holder replied, "No court has ever said that the 2nd Amendment actually says that. I think if you look at it, it talks about bearing guns in a well regulated militia. And I don't think anywhere it talks about an individual" (Pavlich, 22). The Founders, in other words, were using "people" as in "People's Republic of China," not as a synonym for "the population."