237 years ago today, in Tun Tavern in Philadelphia  the first company of Marines was recruited to protect the Navy's ships. In 1921, The Commandant of the Marine Corps, Major General John Lejune issued the following order.

MARINE CORPS ORDERSNo. 47 (Series 1921)HEADQUARTERS U.S. MARINE CORPSWashington, November 1, 1921759. The following will be read to the command on the 10th of November, 1921, and hereafter on the 10th of November of every year. Should the order not be received by the 10th of November, 1921, it will be read upon receipt.(1) On November 10, 1775, a Corps of Marines was created by a resolution of Continental Congress. Since that date many thousand men have borne the name “Marine”. In memory of them it is fitting that we who are Marines should commemorate the birthday of our corps by calling to mind the glories of its long and illustrious history.(2) The record of our corps is one which will bear comparison with that of the most famous military organizations in the world’s history. During 90 of the 146 years of its existence the Marine Corps has been in action against the Nation’s foes. From the Battle of Trenton to the Argonne, Marines have won foremost honors in war, and in the long eras of tranquility at home, generation after generation of Marines have grown gray in war in both hemispheres and in every corner of the seven seas, that our country and its citizens might enjoy peace and security.(3) In every battle and skirmish since the birth of our corps, Marines have acquitted themselves with the greatest distinction, winning new honors on each occasion until the term “Marine” has come to signify all that is highest in military efficiency and soldierly virtue.(4) This high name of distinction and soldierly repute we who are Marines today have received from those who preceded us in the corps. With it we have also received from them the eternal spirit which has animated our corps from generation to generation and has been the distinguishing mark of the Marines in every age. So long as that spirit continues to flourish Marines will be found equal to every emergency in the future as they have been in the past, and the men of our Nation will regard us as worthy successors to the long line of illustrious men who have served as “Soldiers of the Sea” since the founding of the Corps.JOHN A. LEJEUNE,Major General Commandant75705—21 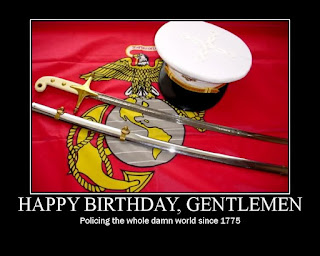 Also, today is the birthday of 2 very special people. Audra Williams, the best daughter anyone could ask for and Bradley, a wonderful grandson and one of my fishing buddies. 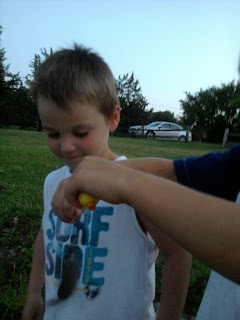 Posted by Robert Fowler at 6:07 AM No comments:

The great folks at Belgium TV sent me the link for the documentary that we took part in. There's a good section of Naomi and I in the restaurant in Winterset. The hands loading the 45 are mine.They also used a little of the footage we filmed in my workshop. There's also a good segment with John Reed. He does some shooting for them and he also talks about our rights. Most of the people I don't know, but I think it was well made and told a good story about the Country that we think is the best in the world.

Right at the end, at the 50:11 mark there is a picture of three people. That's the Kids. I think they did a real nice job at showing the different people in the state. Take a look and see what you think.
Posted by Robert Fowler at 4:10 PM No comments:


"[T]o preserve ... independence, we must not let our rulers load us with perpetual debt. We must make our election between economy and liberty, or profusion and servitude." --Thomas Jefferson, 1816

Tomorrow is election day. If you haven't voted yet, be sure to do so.

New York City Mayor Bloomberg has shown his gun hating spots once again. Now he is demanding that the National Guard stay out because, OMG, they carry guns. It's pretty bad when your hoplophobia is so bad you won't even trust the military. One of the groups he claims should be the only ones armed. Now he's decided that the only ones he trusts are the NYPD.  http://nation.foxnews.com/bloomberg/2012/11/03/report-bloomberg-denied-national-guard-assistance-brooklyn-because-their-possession-guns

The people are having a tough time with no power and water, yet bloomers is turning away help from the military. Looters are stealing everything they can get their hands on and the subjects of NYC aren't allowed the best tools to defend themselves. The only thing I can say to the people that live there is this, You elected this asshole not once, not twice, but three times. He has stuck his nose in almost every aspect of your lives and wants to do the same for me. I'm sorry that you are sitting cold and hungry in the dark. I truly am. But the situation that your Mayor has caused by denying the NG's help is a bed you made.

Did I mention that tomorrow is election day? Remember the 2 Americans and over 300 Mexicans murdered by the guns this administration allowed to be smuggled to Mexico in the name of "under the radar" gun control. 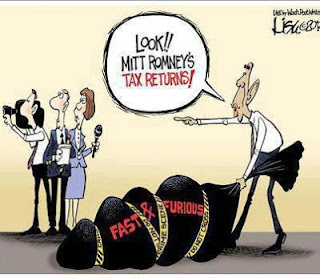 Always trying to cover up the truth. They seem to have forgotten that Nixon's downfall wasn't the break in, it was the cover up. 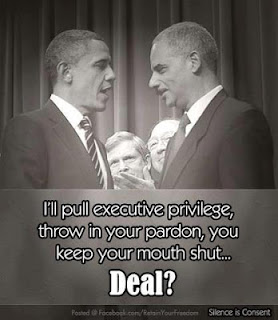 Of course Executive privilege was struck down in US v Nixon.  When is Congress going to demand answers and sue to get the thousands of documents released? 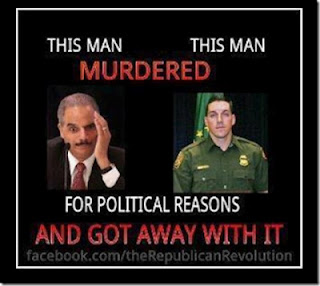 Holder is still claiming he didn't know anything about it. I call bullshit. I find it hard to believe that a lowly government employee would give the go ahead for something like fast and furious without orders from higher up. The cover up continues.

Chicago, at the end of last month, tied the record for the nunber of murders from 2011. 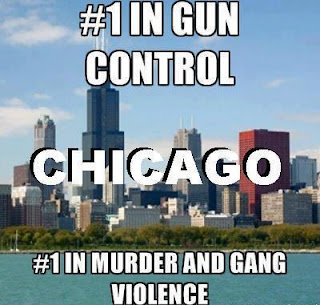 How are those restrictive gun laws working for you there Rahm? I guess I wouldn't be worried either if I was surrounded by armed bodyguards 24 hours a say. One high point is that most of it is thug on thug. It's a shame they don't learn how to shoot better so we have less innocents injured and killed. A record to be proud of. Since Illinois is the only state that has no provision for carrying arms for self defense and it's almost impossible to own a gun in Chicago, why the high murder rate? Maybe the criminals don't care what the law says.

Maybe this election the people that don't live in Chicago will elect enough people that believe in freedom to over ride what Rahm and company want and they will get a good carry law.

I finally got to read Unintended Consequences by John Ross. If you get a chance give it a read. If you've already read it, read it again. I got engrossed and couldn't put it down except for having to do silly things, like work. Be sure to read the Enemies trilogy by Matt Bracken too.

Don' forget to vote if you haven't already and remember what Obama thinks of our Country. 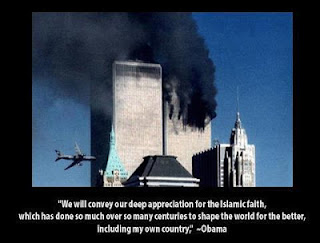 Posted by Robert Fowler at 8:14 AM No comments: