My wife Naomi and I wish to express our condolences to the families in Connecticut.
Posted by Robert Fowler at 12:34 PM 1 comment: Links to this post


The 7th circuit has decided that Illinois' complete ban on the carrying of weapons for self defense is Unconstitutional. I bet there's a lot of butt hurt in Chicagoland today. From the decision;

Twenty-first century Illinois has no hostile Indians. But a Chicagoan is a good deal more likely to be attacked on a sidewalk in a rough neighborhood than in his apartment on the 35th floor of the Park Tower. A woman who is being stalked or has obtained a protective order against a violent ex-husband is more vulnerable to being attacked while walking to or from her home than when inside. She has a stronger self-defense claim to be allowed to carry a gun in public than the resident of a fancy apartment building (complete with doorman) has a claim to sleep with a loaded gun under her mattress. But Illinois wants to deny the former claim, while compelled by McDonald to honor the latter. That creates an arbitrary difference. To confine the right to be armed to the home is to divorce the Second Amendment from the right of self-defense described in Heller and McDonald. It is not a property right—a right to kill a house guest who in a fit of aesthetic fury tries to slash your copy of Norman Rockwell’s painting Santa with Elves. That is not self-defense, and this case like Heller and McDonald is just about self-defense. . .

We are disinclined to engage in another round of historical analysis to determine whether eighteenth-century America understood the Second Amendment to include a right to bear guns outside the home. The Supreme Court has decided that the amendment confers a right to bear arms for self-defense, which is as important outside the home as inside. The theoretical and empirical evidence (which overall is inconclusive) is consistent with concluding that a right to carry firearms in public may promote self-defense. Illinois had to provide us with more than merely a rational basis for believing that its uniquely sweeping ban is justified by an increase in public safety. It has failed to meet this burden. The Supreme Court’s interpretation of the Second Amendment therefore compels us to reverse the decisions in the two cases before us and remand them to their respective district courts for the entry of declarations of unconstitutionality and permanent injunctions. Nevertheless we order our mandate stayed for 180 days to allow the Illinois legislature to craft a new gun law that will impose reasonable limitations, consistent with the public safety and the Second Amendment as interpreted in this opinion, on the carrying of guns in public.


Take that Rahm and all of you Bradyites. SAF had this to say

BELLEVUE, WA – The Second Amendment Foundation has won a huge victory for the right to bear arms outside the home, with a ruling in the Seventh Circuit Court of Appeals that declares the right to self-defense is “broader than the right to have a gun in one’s home.”

The case of Moore v. Madigan, with Judge Richard Posner writing for the majority, gives the Illinois legislature 180 days to "craft a new gun law that will impose reasonable limitations, consistent with the public safety and the Second Amendment…on the carrying of guns in public.”

The gun haters keep saying we need aa "conversation" about gun control. We had it, they lost. The 7th circuit said so.

I stole this from Sean, who stole it from someone else. The Brady Bunch has been bleeding members for years. It's so bad they have been selling the e-mail addresses of their supporters to raise funds. 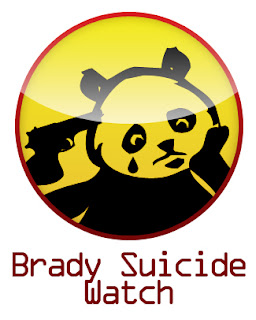 It looks like, unless Illinois wants to waste more money, they will join the other 49 states with lawful carry. I can see this going to the SCOTUS. The same one that found for the 2nd Amendment in both Heller and McDonald.


Posted by Robert Fowler at 9:11 AM 2 comments: Links to this post