What the Founders knew

It never fails, when gun control and "assault weapons" come up. the gun haters are quick with their Founding Father statements. They state that the founders would not have written the 2nd Amendment if they had only "known" the types of weapons that would be available today. Bullshit. They spout their nonsense about the so called assault weapons and how the Founders would be appalled. To hear the gun haters tell it, the Founders would have collective heart attacks if the saw a modern AR15. The Founders might not have envisioned exactly what we have today, but they were on the right track.

The "assault weapon of the late 18th Century. There are plenty of examples of multi-shot flintlock rifles and pistols produced on mostly hand run machines. Not bad for a bunch of people that "wouldn't understand" our modern weaponry.

So, the next time you are having a discusion with a Bradyite and the bring up the tired old meme about the Founders wouldn't approve, drag out the link to this video. There are similar videos like this that show the resourcefulness of the gunsmiths of a long gone era.
Posted by Robert Fowler at 9:48 AM 2 comments: Links to this post

What will the Romney team do to ensure Fast and Furious criminals are brought to justice?

http://www.usrkba.org/fire-mission/what-will-romney-do-about-fast-and-furious That’s the serious question that all gun owners must get answered before casting a vote in the 2012 Presidential election.

As gun owners and believers in the Constitution, there are 3 questions Romney needs to answer.


These are the questions that should Demand a answer.

I did my bit, will you do yours?


Posted by Robert Fowler at 2:47 PM No comments: Links to this post

I got pointed at this article.

I thought I was reading a Brady Bunch press release. This guy is a respected law professor?
I sure would like to know where he gets his information on guns. It's every talking point of the Bradyites.

Let's see how many outright lies he can tell in one short article. Let's start with Aurora.

Redacted allegedly went into an Aurora, Colo., movie theater with an arsenal that included a semiautomatic assault rifle and 6,000 rounds of ammunition.

Sorry Professor. 6000 rounds of .223, the ammo the AR15 uses weighs in at 150 lbs. That's just the ammo, it doesn't include what ever means of carrying it he employed. It would take 200 magazines of standard 30 rd capacity to hold that much ammo. Let's be generous and call it another 50 lbs. We're up to 200 lbs just in ammo for one rifle. He was also carrying a .40 Glock and a shotgun. 12 Gauge 00buck isn't light on it's own. Most of the casualties were caused by buckshot. After just a few rounds from a 100 rd beta mag, it jammed.

If Holmes had used a handgun, far fewer would have been hurt or killed before he was stopped.

Oh? Stopped by who? This mass shooting, like nearly all of them, happened in a gun free zone.

Semi-automatic weapons — such as the Uzi, the TEC-9, some AK-47s and the Colt AR-15 — have the capacity to kill a large number of people in a short amount of time. In fact, they have no other purpose. Semi-automatic weapons are not used to hunt; they would obliterate the animal. They exist to fire multiple bullets in quick succession, a function that is useful only in war.

Why just some AK47's? They aren't used to hunt? someone had better tell all those coyote hunters they shouldn't do that. Obliterate the animal? Please.

In 1994, Congress passed and President Bill Clinton signed the Federal Assault Weapons Ban. The law prohibited individuals from possessing assault weapons, like the AR-15 rifle allegedly used by Holmes. It is a civilian semi-automatic version of the military M-16 and was a "semiautomatic assault weapon" under this law. But in 2004, this law expired and was not renewed.


No again. No one was prohibited from owning these. All the law did was "outlaw" some cosmetic features like flash suppressors and bayonet lugs. The law wasn't renewed for good reason. It did nothing to the crime rate. Less than 2% of all gun related crimes are commited with long guns of any kind.


The Protection of Lawful Commerce in Arms Act is also commonly referred to as the "Gun Protection Act." The law dismissed all current claims against gun manufacturers in both federal and state courts and pre-empted future claims. The law could not be clearer in stating its purpose: "To prohibit causes of action against manufacturers, distributors, dealers, and importers of firearms or ammunition products, and their trade associations, for the harm caused solely by the criminal or unlawful misuse of firearm products or ammunition products by others when the product functioned as designed and intended."

This law was made necessary by people like Bloomberg and all the other gun haters. Holding a manufacturer liable for something a criminal did is wrong. You would think a law professor would know better than this.

Read the whole thing. If I had a student in this law school, I'd be down there demanding a refund. The dean of a law school should at least have a clue about the law.


H/T to David Codrea at The war on guns.


Posted by Robert Fowler at 11:15 AM No comments: Links to this post

If anyone cares, its Constitution Day.

225 years ago the Constitution was signed and sent to the states for ratification.

On September 17, 1787, the delegates to the Constitutional Convention met for the last time to sign the document they had created. We encourage all Americans to observe this important day in our nation's history by attending local events in your area. Celebrate Constitution Day through activities, learning, parades and demonstrations of our Love for the United State of America and the Blessings of Freedom Our Founding Fathers secured for us.

I can't find one single event to mark this day. Maybe everyone should take a llittle time and read this very important document.
Posted by Robert Fowler at 1:22 PM No comments: Links to this post

Just ask a question and get detained for hours.

Just for wanting to know if he was on a watch list. read this

KANSAS CITY, Mo. - Authorities spent Friday afternoon looking for explosives inside the vehicle of a man who walked into the Kansas City federal building and asked if he was on a terrorist watch list.
The man entered the Richard Bolling Federal Building on 600 E. 12th Street around noon, according to the FBI.
While the suspect never made any threats, authorities detained him and searched his vehicle. He was released early Friday evening.

Then go read this and watch the video.

Is this the way we treat American citizens? Our rights are slowly being taken and the sheep just keep on with their grazing.
Posted by Robert Fowler at 1:16 PM No comments: Links to this post 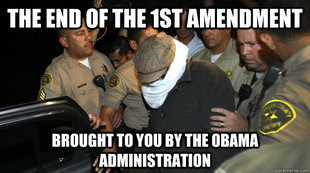 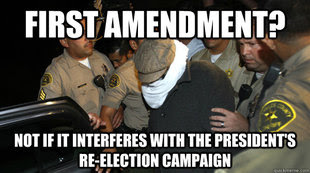 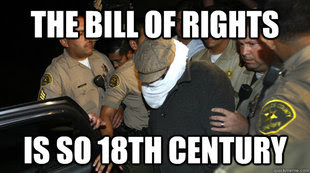 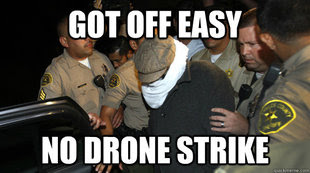 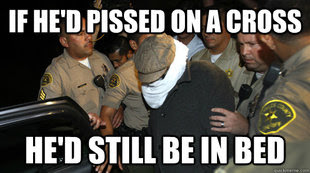 It's sad that our Country has come to this. Dragged out of his house in the middle of the night all because he thought he had a 1st Amendment right.

The Election is coming

Keep these in mind as the election draws closer.

Just 7 1/2 weeks to go. We need to see the Mayflower moving van in front of the White House next January, Send Barack and Moochey back to Chicago where they belong. 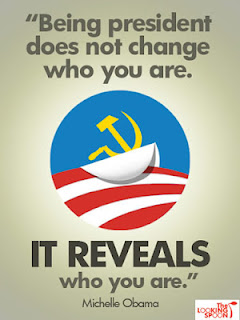 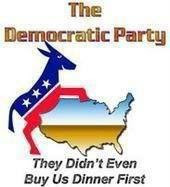 Posted by Robert Fowler at 4:29 PM No comments: Links to this post