Crooks? Was AAMCO trying to scam me?

We had been  having trouble with the Buick. The battery would go down beyond the point where it would start without a jump. Two years ago last March, I went to the local AAMCO and bought a Interstate battery. I to the car back in Feb. and they tested it. They told me the battery was ok but the alternator wasn't charging over 11 volts. They wanted 550 dollars to change it. Well, not having that kind of money I left. So since then until 3 weeks ago, I charged the battery at night and didn't turn it off when I was out doing my thing.

Three weeks ago everything went dead. The dash wouldn't light up, nothing electrical would work. I put the charger on it and I could get the dome lights but nothing else except the security light. I called the dealer and was told the security system set when the voltage went below 9 volts because it thought it was being stolen. They told me to let it sit a day or two and it should reset itself. Well, it didn't.

Monday, the middle child showed up with a GM tech. I let them do their thing while I was out getting a tire fixed on the truck. It sucks that the most dependable vehicle you have is a 33 year old Chevy pickup. When I got back, they had everything lit up and it was running. The kids truck had the same battery and that was what they were using.

As soon as I got the new battery in, I went to the local parts store and had the alternator tested. It tested fine. Now the question I have, back in Feb. when AAMCO tested it, was I being scammed? 550.00 for a alternator. A battery that is still under the free replacement window. Could the plan have been to replace the alternator, warranty the battery with out telling me and send me on my way 550.00 poorer? It wouldn't be the first shop that scammed someone. I won't be going back. I also won't be recommending them to anyone.

I spent about a 1/3 of my working life fixing cars and trucks. I know a lot of different ways to scam people into repairs that they don't really need. When Ford sent me to school, we spent half a day in the engine performance class talking about all the different scams. When they take your car back and test it without you there to watch, they can pretty much tell you anything and with the cars that have multiple computers, very few people have a clue as to how everything works.

My main mistake was taking them at their word. Like going to the doctor, I should have gotten a 2nd opinion. I was going to change the alternator myself but we were in the grip of a stretch of sub freezing temps. Without a shop to work in, I decided to wait for warmer weather. That decision saved me a bunch of labor and the 160.00 for a alternator.

If you are having repairs done to your ride, be sure of what you are getting. If you aren't sure, get a second opinion. Finding a good local shop and building a relationship with the owners and techs is a good way to keep from getting ripped off. When I ran a independent shop we had a couple of people that would come around. We always had a pot of coffee on and it was nice to have someone to talk to. We worked on their cars and trucks and they even got some free advice on what they either needed done or could do themselves. They also spread the word. Word of mouth is the best way to find a good shop.
Posted by Robert Fowler at 12:39 PM 2 comments:

Found this in my inbox. I laughed so hard it hurt.


As Longdon sat waiting for her flight, a screen in the concourse showed footage of the press conference. A tall, thin man standing nearby stared at Longdon, then back at the screen. Then he walked up to Longdon and spat in her face. No one else blinked.
Longdon was shocked and embarrassed, she told me, but she didn’t falter. “Wow, aren’t you a big man,” she said as he turned and walked away. Instead of calling for security, she wheeled herself to a restroom to clean herself off. She was tired—she lives with constant physical pain—and didn’t want to miss her flight.

Read it all here.
But when the facts are checked, it never happened, Imagine that. A crowded airport and no one called a cop on the assailant? I'll call bullshit on that. Even though we are on opposite side, I know I would not stand by while someone assaulted her and I'm sure most other people wouldn't either.

That’s odd – the TV report never made it on the Everytown for Gun Safety website.
And, since the Indianapolis airport airs CNN on their TV screens you’d think you could find their report on the protest on their website, right?nope. It’s not there.CNN has no record of the protest.

Bloomberg's minions will tell any lie they think they can get away with. Facts? We don't need no stinking facts.

H/T to Miguel
H/T to Bob Owens
H/T to Progressives today
Posted by Robert Fowler at 9:19 AM No comments:

wise words from the Col.

“The rifle itself has no moral stature, since it has no will of its own. Naturally, it may be used by evil men for evil purposes, but there are more good men than evil, and while the latter cannot be persuaded to the path of righteousness by propaganda, they can certainly be corrected by good men with rifles.”― Jeff Cooper, Art of the Rifle 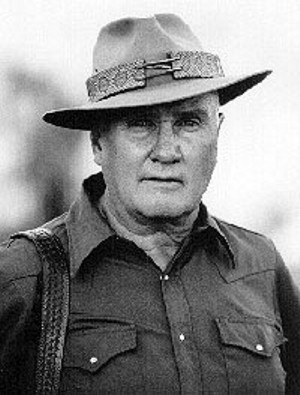 I am by no means a great pistolero. I carry one and I can hold my own with one, but I'd rather have a rifle any day. It was a rifle that got me a great assignment when I got to go teach small arms in the Marines. We got a lot of staff NCO's at our pistol range. Usually from the arty units to qualify with their 1911's. I'm not alone with being "fair" with a pistol. After watching a bunch of them shoot, I figured I was in good company. The creed of the Marines is "every Marine is a rifleman". It's a good thing pistols weren't included. Of course not every Marine is good with a rifle either. I saw more than a few go "unk" at the range. It sucks to put on your dress uniform and not have a rifle badge.

I had my badge.

Posted by Robert Fowler at 1:37 PM No comments: