Shadow of the gun

Great article about boys being boys and the pacification of our youth.

The gun, the sword, the spear and the club took countless lives and saved countless lives. Civilization has always balanced on a future made possible by little boys playing cops and robbers and playing with little green army men. They can either grow up to be the protectors of the future or the frightened men who will stand aside and do nothing when they hear the screams begin to come because they have been told that all violence is evil.
Posted by Robert Fowler at 11:39 AM No comments:

North Korea will save us.

Watch this and get a good laugh.

H/T to Tam
Posted by Robert Fowler at 8:44 AM No comments:

1.6 billion rounds of ammo. For what?

There is a pretty good article in Forbes. They ask a couple of pretty good questions about MRAP's and 1.6 billion rounds of ammo.


at the height of the Iraq War the Army was expending less than 6 million rounds a month.  Therefore 1.6 billion rounds would be enough to sustain a hot war for 20+ years.  In America.

[T]he Department of Homeland Security is apparently taking delivery (apparently through the  Marine Corps Systems Command, Quantico VA, via the manufacturer – Navistar Defense LLC) of an undetermined number of the recently retrofitted 2,717 ‘Mine Resistant Protected’ MaxxPro MRAP vehicles for service on the streets of theUnited States.”

“They all have gun ports… Gun Ports? In the theater of war, yes. On the streets of America…?


The answer to “why would DHS need such a vehicle?” almost certainly is this:  it’s a cool toy and these (reportedly) million dollar toys are being recycled, without much of a impact on the DHS budget.  So…why not?

Remember the Sequester?  The president is claiming its budget cuts will inconvenience travelers by squeezing essential services provided by the (opulently armed and stylishly uniformed) DHS.  Quality ammunition is not cheap.  (Of course, news reports that DHS is about to spend $50 million on new uniforms suggests a certain cavalier attitude toward government frugality.)


Read the whole thing, They make some good points in a time our service members have lost their education benefits.

Posted by Robert Fowler at 11:17 AM No comments:

RE: Federal action against patriot groups in US

Read this, make of it what you will.

Today at 10AM there was a very large meeting at the FBI's Criminal Justice Information Services Division (CJIS) headquarters in Clarksburg, WV. The meeting was held in an auditorium and included everyone – from agents to the secretaries. The meeting was organized by the Director of the Biometric Identification Management Agency (BIMA), Colonel Bolo (ret.).Bolo summarized the purchase of 24 new armored vehicles (each costing $400k) and the recent appearance of 20 mobile headquarters that are now present at the facility. The mobile units are semi-trailers with attached generators in the front; are of a shiny, mirrored-silver finish; and have no identifiable markings on them at all. There are 20 of them parked (visibly in front) at 1000 Cluster Hollow Rd, Clarksburg, WV as of today. Additionally, there are 24 armored cars (the same ones we have seen with DHS markings) parked in a different lot on this property, but they too may be visible.The Colonel went into great detail on a list of patriot/constitutional groups. According to witnesses, this is a list that may be identical or very close to the one put out by the SPLC but had over 1000 groups on it. He explained that although groups may take advantage of the 2nd Amendment debate to garner followers now, at the heart of all these organizations is a racist core; one that poses a threat and will need to be dealt with soon. This is when he tied the armored cars and mobile command trailers to ‘the mission’.The armored cars (those at the facility and nationwide) are to effect high-risk warrants on the ringleaders of the listed various groups with command centers being placed as necessary. The DHS and FBI are planning to move at one time against the listed groups; with SWAT teams being utilized against the more threatening ones. The colonel explained that all these groups have been successfully infiltrated and the leaders identified. He also explained that this is part of the new Internal Security Force that the president has been alluding to. In answering a question from an attendee regarding the mass purchase of ammo, he also stated that the buildup of arms and ammo was specifically for this ‘mission’.The witness has told me that after the meeting, everyone they seen were against this. People were complaining, shaking their head in disbelief, and asking what the heck going on. According to them, NOBODY (including federal agents present) planned on going along with this and many even talked about how this will ignite a war.The report I received can be verified through any personal contacts you may have at this center or connected to the agencies mentioned. You may also visibly inspect the lot for these trailers by driving to the location in Clarksburg. The witness was extremely bothered by the meeting and has said ‘it is coming and a hell of a lot sooner than people think’.I used to think that mass roundups would never happen – but with this new information, I can clearly see that this is exactly what is going to happen (at least to a certain number of militia/patriot groups). And inevitably, any action this crazy will result in a reaction by others. The specter of Civil War in this country is a real and present danger folks – prepare.NOTE: I did ask a whole bunch of additional questions which hopefully will be answered soon.


If this doesn't bring a tear, you have no heart. So few of the Greatest Generation are left.

H/T to angry Mike
Posted by Robert Fowler at 11:21 AM No comments:

That Terrible Day When The Germans Bombed Pearl Harbor 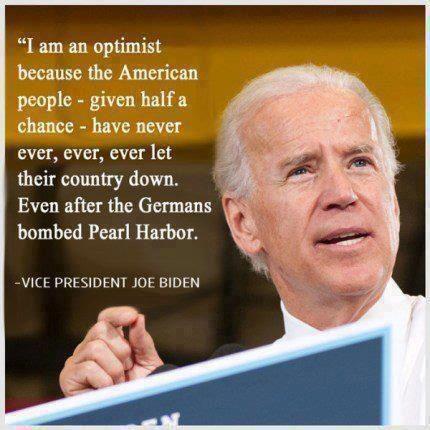 The gift that keeps on giving.

Shamelessly stolen from Mike Miles.
Posted by Robert Fowler at 11:17 AM No comments: