Memorial day weekend. So many have forgotten what it's truly about. It's not about the lake or the BBQ. It's not about the sales. It's a time to honor those that gave all they had for our country.  Everyone should take some time over this weekend to do a couple of things. First, say a prayer for those that gave all and for those that are still serving. Ask God to keep them safe. Second, sit down with your children and grandchildren and explain to them what the holiday is really about.

The Chaplain wore no helmet
His head was bowed in prayer
His face was seamed with sorrow
But a trace of hope was there.

Our ranks were hushed and silent
And diminished by our loss
At our feet, the the rows of crosses
Told how much the battle cost.

Rows of neat white crosses
And Stars of David too
Marked the grave sites of our brothers
Whose fighting days were through.

Friends of mine were lying there
Ski and Ace and Slim
Bo and Jack, Bill and Joe
Dusty, Tex and Jim.

Each has his simple marker
But the closest one to me
Was a plain white, wooden headboard
Marked "Unknown USMC."

In this final camp of comrades
It was somehow strange and odd
That a man should lie among them
Known only to his God.

Who can he be, I wondered?
Was he white or black or red?
This man who shares a resting place
With our loved and honored dead.

He cannot be a stranger
But a friend whose lonely track
Has brought him here among us
I think I'll call him "Mac."

"Mac" is a name we've often used
and it's been used on me
It's better than the epitaph
"Unknown USMC."

So many times I've heard it
In the blackness of the night
Through the swirling mist of combat
With the battle at it's height.

"Hey Mac", a voice would call
We could use some help out here
I've got a man that's wounded
Can you help him to the rear?

"Hey Mac" I'm really burning up
The suns so blazing hot -
Can you spare a drop of water?
"Gee, thanks Mac, thanks a lot."

The day when I was wounded
Hurt and lying in the snow
A cigarette was offered me
By a man I didn't know.

He quickly stopped the bleeding
And rolled me on my back
Grinned and gripped his rifle
And said "Take it easy Mac."

A simple word, a simple name
But still it proves to me
That no man ever really is
"Unknown USMC."

The Chaplain's prayer is finished
Our colors gently dip
The rifle squad is ready
The bugler wets his lip.

With blurry eyes and saddened heart
I heard the rifles crack
Taps floated softly in the air
And I said goodbye to "Mac."

Marine on a train

The sun's out, lots to try and get done before it rains, again. So here's a funny, stolen from Odie.


On a crowded train, traveling somewhere in
Europe, a U.S. Marine walked the entire length
of the train looking for a seat before realizing that
the only seat available was currently occupied by
a well-dressed, middle-aged French woman's poodle.
The weary Marine asked, "Ma'am, may I have that
seat?" The French woman just sniffed, and said to
no one in particular, "Americans are so rude.
My little Fifi is using that seat."

The Marine walked the entire length of the train
again, and discovered that the only seat available
was in fact the onecurrently being occupied by
the poodle.

Trudging tiredly back, the marine arrived once
more before the French woman and said, "Please
Ma'am, may I sit down? I'm very tired?"

She snorted, "Not only are you Americans rude,
you are also arrogant. Why should I care if you
are tired?" This time, the Marine didn't say a word,
but simply picked up he little dog, tossed it out the
train window, then sat down. The woman shrieked,
"Someone, defend my honour! This American
needs to be put in his place!"

An English gentleman sitting nearby spoke up,
"Sir, you Americans seem to have a penchant for
doing the wrong thing. You hold your fork in the
wrong hand, and you drive your cars on the wrong
side of the road. And now, Sir, you seem to have thrown
the wrong bitch out the window."
Posted by Robert Fowler at 8:26 AM 1 comment: Links to this post

The War on Guns: Alarming

The War on Guns: Alarming

Zero tolerance is going way too far. The liberal idiot pisswits have turned public schools into indoctrination centers. If I had a school age child now, they would never set foot in one of these piss holes.
Posted by Robert Fowler at 12:57 PM No comments: Links to this post

That worked out so well

Last week, I had purchased a new engine for the tiller. When I pulled the belt guard, I found that the engine on it had a built in gear box with counter rotating shafts. The engine I bought had a single shaft. I'm just lucky that way. I boxed the new engine back up and returned it and then made my way to the engine shop to see if I could get a new gas tank for a thirty year old tiller. They had  to order one, but I got one that fit, sort of. I had to make some modifications just to be able to get the gas cap off, but now the tiller runs great. The motor I returned was 99 dollars plus tax. I got a refund and when I ordered the tank, 91 dollars plus tax. There's just something not right about that.

I planted some asparagus that we found at a local nursery and out Boston Terrier proceeded to rip half of it out of the ground. So we decided we were going to need a fence around the garden. We found a section of chain link at a garage sale that was free. The rest we are putting a 3 ft high picket fence around. I got the post set and part of the fence up when I ran out of stakes. We are taking old pallets apart for the thin slats, they make great fence pickets.

Woke up to rain this morning. The garden was almost dry enough to till. I can't get a break. I'll get out a while when it drys up a little and get the rails put up and the gate built, then I need to go find 6 or 7 more pallets. Hopefully it will quit raining for a few days so I can finish getting the ground tilled and ready.

Maybe the rain is over for a while. Of course I'm waiting for the pig flyover too.
Posted by Robert Fowler at 8:46 AM No comments: Links to this post

The War on Guns: An Incremental Gain

The War on Guns: An Incremental Gain

DC, for the time being is now shall issue. I bet the people on the city council are having spasms about that. I'm sure they will try to fight it. Congress needs to get the city council together and explain the Constitution to them,
Posted by Robert Fowler at 1:20 PM No comments: Links to this post

Funnies for a Tuesday

The zombie apocalypse has started. 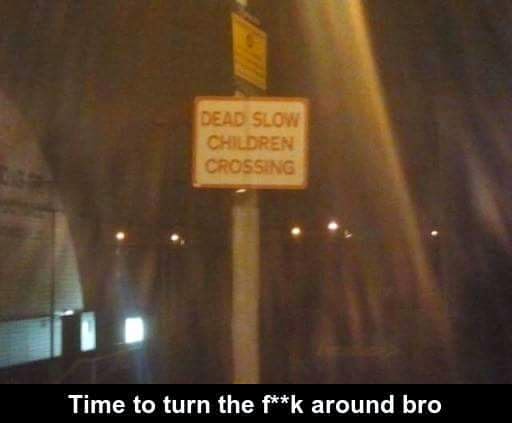 But you can still go swimming. 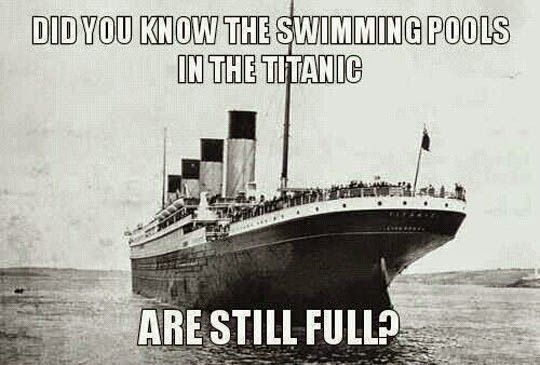 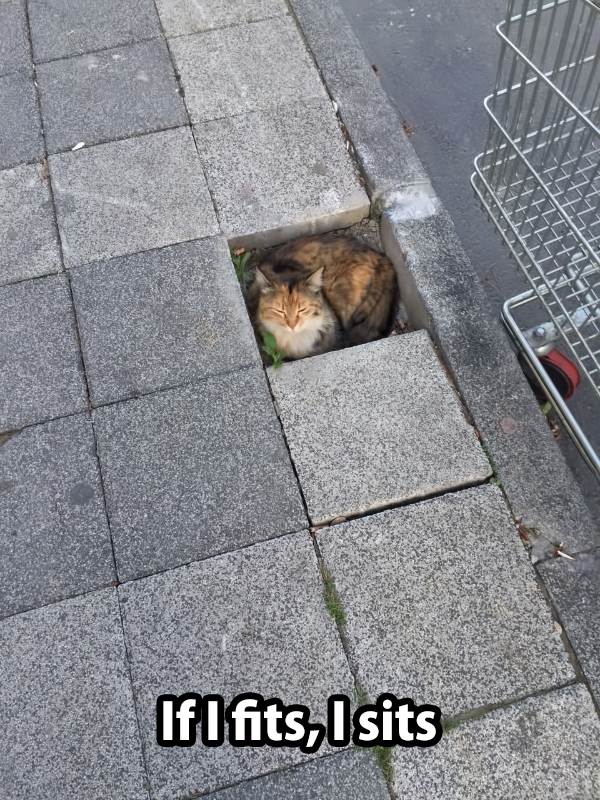 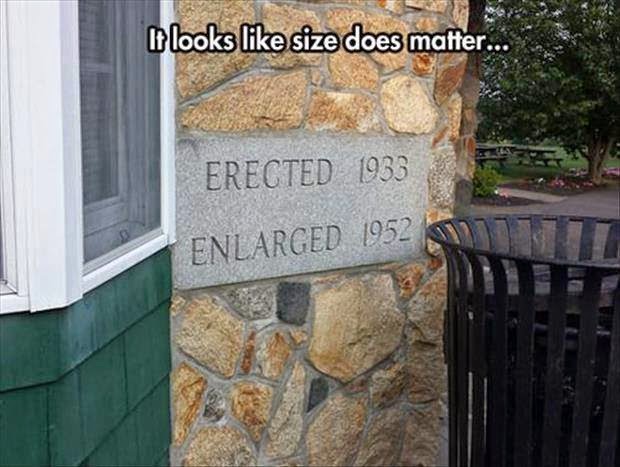 This is kind of like my day yesterday and today. Tomorrow isn't looking too hot either. 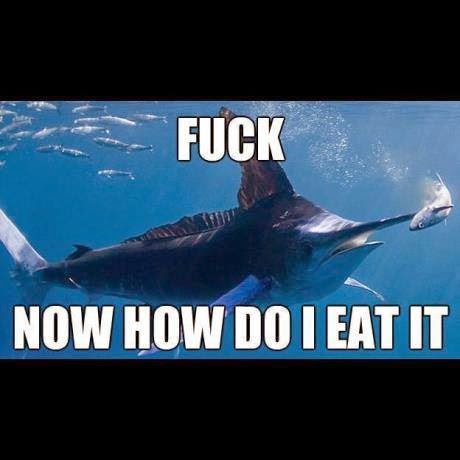 The House of Representatives has approved Congressman Mike D. Rogers’ amendment to the National Defense Authorization Act, which—if accepted in the Senate—could make it possible for Americans who meet stringent requirements to purchase a military surplus handgun from the Civilian Marksmanship Program.

As NRA High Power and CMP Service Rifle competitors know, the CMP is authorized under federal law to sell surplus rifles and ammunition to U.S. citizens of age, who belong to shooting clubs affiliated with the program, after passing a background check, and satisfying all federal and state laws. Representative Rogers’ amendment would simply extend the authorization to include other firearms.  For example, allowing the Army to provide the program with 100,000 M1911 .45 caliber pistols. This would benefit the Army, the CMP and taxpayers alike.

This administration wants every citizen to be disarmed. You can not rule over a armed populace. Obama wants to be king, that's why he wants more gun control. These 1911's are from WWII and earlier. They even comply with New York's SAFE act. These aren't the criminals first choice. This is the first handgun I ever shot. 5 rounds at a 15 yard target so they could put in my records that I had shot the 45.

Even Huffandpuff got in on the fear mongering. Spouting all of their GUNS are scary crap.

Antidote To Tyranny: The Noose Tightens Just A Little More

Antidote To Tyranny: The Noose Tightens Just A Little More: As Kerodin would say, the mask is coming off. Every single day now I read about yet another incremental incursion on our liberties by the ...

I keep wondering how much longer the sheep are going to put up with this shit. I looked at the map and noticed my home state, Michigan, is completely covered by their "zone". A whole state under control of immigration. There are no words to describe what bullshit that is. And yet the flood across our southern border continues with help from the PTB in DC.
Posted by Robert Fowler at 8:40 AM 2 comments: Links to this post