If You Love America, Please Take A Moment To Read This Message

My name is Dave Bray. I’m the singer for the rock band Madison Rising. I have a great job because every day I get to travel around our country, meet great Americans just like you, and see just how amazing our country truly is.
Unfortunately, watching the news or listening to our politicians can be depressing these days. They’ve become so negative they miss the most basic thing that you and I see every day – America rocks! Yet, here they are doing it yet again, missing a very important patriotic American event that I want to personally share with you.
The 200th anniversary of our national anthem is right around the corner. On September 14th 1814, Francis Scott Key, after witnessing the brutal 25-hour attack by the British on Fort McHenry during the War of 1812, penned a poem that became Star Spangled Banner. I wanted to share this information with you and ask for a special favor.
You see, the Star Spangled Banner has been under attack by quite a few celebrities recently. They call it “stupid” and “embarrassing” because it refers to America as the home of the brave. Some actually suggested scrapping our national anthem because no one had it on their iPod.
As a former Navy Corpsman stationed with the U.S. Marines and sworn to defend our country, this got me so riled up I decided to do something about it. So my band and I recorded a version of the Star Spangled Banner that we hope you will play loud and proud every opportunity you get. You can check it out below:


I was a Marine, one of the best fighting forces in the world. Dave was a Navy Corpsman attached to the Marines. These guys are among the bravest in the world. Going out on dangerous missions with Marines, unarmed to give aid to the wounded.

I tip my old steel helmet to the Corpsmen that serve with Marine units.
Posted by Robert Fowler at 11:22 AM 3 comments:

The War on Guns: An Urgent Appeal

The War on Guns: An Urgent Appeal

Help if you can.
Posted by Robert Fowler at 1:41 PM No comments:

The Epic Meltdown of the Gun-Grabbers

Yeah, because people that vote against them can't be informed.

." Giron whined to CNN anchor Brooke Baldwin that voters "weren't able to get to the polls" and that there was "voter confusion."

"Voter confusion"? My goodness. You'd think there were no public libraries, local television stations, talk radio, newspapers, blogs, Facebook, Twitter or government websites to get information about the elections. (Oh, and pay no attention to the massive 6-to-1 spending advantage that Giron and her fellow recall target John Morse, formerly the president of the state Senate, enjoyed.)

Bloomberg spent 350,000 dollars that he had to declare. I wonder how much more of his money he spent in anonymous donations? Broad spent 250,000. Good return on investment. Ever dollar these asshats lose makes me smile.

Giron lost in her Obama-loving Democratic Senate District 3 by a whopping 12 points. The only significant complaint about voter suppression came after the polls closed -- and not from anyone in the district, but from out-of-state Democratic National Committee Chairwoman Debbie Wah-wah-wah-sserman Schultz of Florida.

Awww, poor Debbie Dipshit-Schultz.  They lost so it has to be voter suppresion. It couldn't be anything like their constituents were fed up with their bullshit of not listening to the people that elected them.

The problem for the gun-grabbers wasn't that the voters were uninformed. It was that they were (SET ITAL) too (END ITAL) informed. Voters paid close attention when state Democrats rigged the game during the legislative debate over extreme gun and ammo restrictions that will do nothing to stop the next Aurora, Columbine or Newtown. They watched fellow citizens being blocked from testifying, pushed aside for out-of-staters. They heard Morse accuse gun owners of having a "sickness in their souls." They heard him brag to liberal zealots that he was ignoring their "vile" e-mail.

This is what got them thrown out. Guns were a catalyst to be sure. But these politicians need to learn that they ultimately work for the people. The laws are still on the books and it will take time to make that right. But the people of Colorado spoke, even though some aren't listening.

RTWT
Posted by Robert Fowler at 8:19 AM No comments:

Once again, the Register has decided that they need to piss and moan about the gun laws in the state. They ran some articles Sunday pointing to the fact that blind people can get a weapons permit. To hear them and some of their sheepish followers, the world will end next Tuesday because we allow this. I was surprised to learn that if you lose your sight, you lose your Constitutional rights too. Today's editorial bemoans the fact that we are a shall issue state and sheriffs just don't have the "discretion" they need to deny permits.

If you can’t see, the state of Iowa does not allow you to drive a car. But your disability won’t prevent you from obtaining a permit to carry a handgun. The Des Moines Sunday Register story on legally or completely blind Iowans who have obtained such gun permits has gained national and international attention.

First, Iowa does not issue a permit to carry a gun. They issue a permit to carry weapons. But to the hoplophobes at the register, permit automatically means guns. Who would get a permit and carry something other than a gun? Well, a lot of people. Weapons, as defined in Iowa code covers things like knives, clubs, saps and other non-gun type weapons. Think stun gun/tazer.

There are a quite a few people that are "blind" that can still see. Without my glasses, I can't pass the eye test to get a drivers licence. A visual impairment doesn't strip someone of their Constitutional right to defend themselves.

In 2010, lawmakers overwhelmingly sided with the National Rifle Association and took discretion from county sheriffs in deciding who should be granted a permit to carry a weapon. Since then, tens of thousands of Iowans have obtained those permits.


That would be the discretion that too many abused. There were counties in Iowa when we were "may issue" where you could not get a permit. That is unless you were a campaign contributor or buddies with the sheriff. Sheriffs still have the discretion to deny a permit. Except now, they are subject to be dragged in front of a administrative law judge and have to show just cause for the denial. There are a few sheriffs that really hate that. IIRC the last time I saw a count, over 140,000 Iowans now have a permit to carry and growing.

Iowa only requires applicants to “demonstrate knowledge of firearm safety” through a training program. One of the programs is a free, online course that teaches nothing about safety and does not require an applicant to show any skill in using a gun. Despite concerns from sheriffs, an administrative law judge determined the course met the Iowa law’s legal requirement for training.

I spent my last year in the Marines teaching Marines how to shoot. Coaching them on the line, safety, Proper hold and sight picture. I can teach someone to be safe and hit a target good enough to qualify in less than a hour. What they fail to consider, almost everyone with a permit goes beyond the state requirements for training. Most of us train and take course to hone our skills. That's one of the reasons you are over 10 times more likely to be accidentally shot by a cop than a civilian. One trainer I know spends a couple hours just on the liability of shooting and learning to know when not to shoot. Getting the permit is only the first step.


Other states explicitly authorize or restrict private property owners’ rights when it comes to guns. Some have requirements for posting notices. Disregarding the sign could result in a violation of the law. Iowa businesses do not have such clarity in the law about their rights and responsibilities. Lawmakers should clear up this confusion.


Property owners in Iowa are perfectly within their rights to post a no guns allowed sign. It's their property and their right. If they ask someone to leave that has a gun, they have to comply or face trespassing charges. I guess maybe the people at the Register need to learn a simple skill, called research.

There is no database of weapons permits that is easily accessible to law enforcement officers. Iowa lawmakers should create one.

No, they shouldn't. Permit holders will tell a officer if they are carrying if it is necessary. The last time I got stopped, I didn't tell, he didn't ask and it wasn't a issue. If he had asked me to get out of my car, I would have handed him my permit and told him I was carrying. All a data base will do is gather the names of permit holders in one place where it can be abused. And there are people that would abuse that information if it was available.

Iowans have their elected officials to thank for thousands of people now toting around deadly weapons. Nearly everyone who applies for a permit to carry a handgun receives approval. That includes those who can’t see past the end of the barrel and those who may have never fired a gun. It’s time for lawmakers to address the problems with the law that they didn’t anticipate when they crafted and passed it.

There is nothing wrong with our shall issue law. It's not broken and doesn't need to be fixed. It's not enough for these gun haters that we have to get "permission" to exercise a right. What about a permit for the 1st Amendment? Think they would pitch a fit? I know they would because it's a right. Yet when it comes to the 2nd Amendment, no restriction is too much.
Posted by Robert Fowler at 3:25 PM 2 comments: 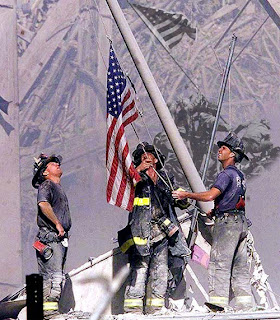 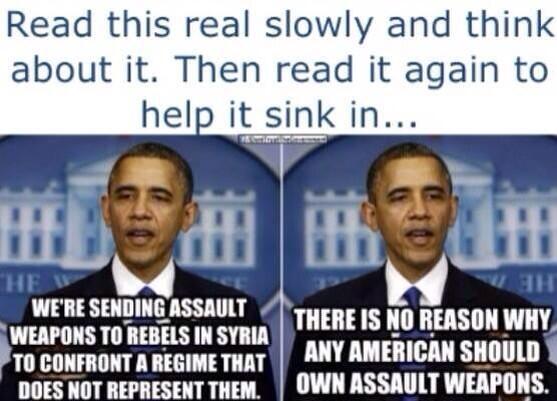 Do you understand?
Posted by Robert Fowler at 3:57 PM 2 comments:

Get the blood pumping.

These guys should be playing this at every televised sports game in the country.
Posted by Robert Fowler at 12:28 PM 1 comment: