Yep, we are all domestic terrorists. Just by virtue of being a NRA member. Damn, I'm on another list. I must be doing something right.
Posted by Robert Fowler at 2:06 PM 1 comment: Links to this post

Another do nothing buy back. These are a joke and even the people running the thing knows it. The only guns they are "taking off the street" are grandpa's old shotgun that's been sitting in the closet so long it's probably rusted to the point it won't shoot. Criminals won't turn in their guns unless they are getting rid of a hot murder weapon.
Posted by Robert Fowler at 1:34 PM No comments: Links to this post 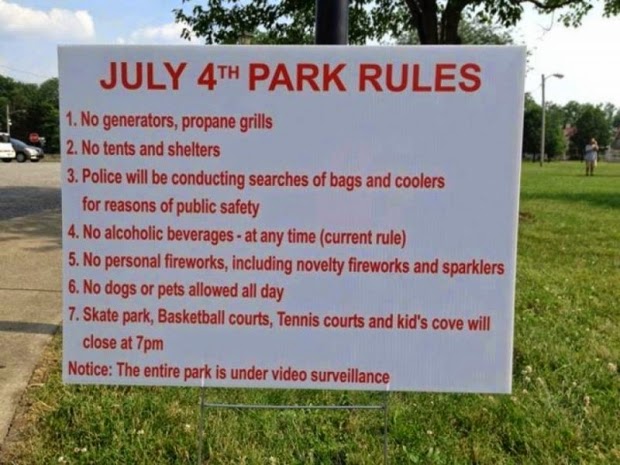 Posted by Robert Fowler at 3:09 PM 3 comments: Links to this post

Falling from the roof

I got the call about 3 Monday afternoon. There had been a accident, a bad one. It seems my brothers safety rope had failed. He slid down the steel roof they were installing and went over the edge, about 22 feet to the ground. My nephew called and all he knew was they had life flighted him to St Louis. J.R. told me that they had him in surgery, removing pieces of broken bone from his spine. He gave me the number and the search was on.

I called and got the general desk, nope, no one by that name here. I explained what I knew. They transferred me to the emergency department. Nope, no one here by that name.  They did have a Doe come in and he was rushed to surgery. Transferred again. Yes, he's in surgery. Finally, someone knows his name and what is going on. They confirmed that he was in surgery but they couldn't tell me anything else.
Phone calls got made, arrangements made and bags packed and loaded in the car. We didn't get to leave until almost 8 PM. Luckily, it's only a six hour drive. Well, in theory anyway. Before we even got out of town we had to  stop and fill up,  get drinks and snacks and one last potty check.  About half of the trip was on 2 lanes. It was raining and storming for most of that 1st half. Nothing like driving rain with some hail thrown in to make the drive so much more pleasant.  After a few hours of fighting the weather, I decided a nap was in order. We stopped at a truck stop in Bethany Mo.and I tried to get a couple hours of sleep. After spending what seemed like a eternity dozing and waking up to check the time, I decided it was time to get back on the road. It was 0430 Tuesday morning. We hit the head and got coffee and away we went.

We rolled into St Louis at 0700 and was parked and in the hospital lobby just 30 minutes later. We checked with surgery  and found out he was in ICU. We had to wait until 0800 to get in. He looked like absolute hell. His right leg was in traction and he was one big bruise. He was awake but groggy from the previous days anesthesia.  We talked about his accident, just what exactly happened. They were putting a metal roof on a old 2 story colonial. It's got a steep pitch, nearly 60 degrees. He was sweating so bad that his shoes were wet. He slipped and his safety rope caught him for just a second. He told me that he saw the knot come untied. After that it was a quick trip to the ground.

He landed on his right hip and the force broke his femur. It also shattered the bad disk in his back. He hit so hard that his top plate came  out of his mouth and shattered on the ground. The emergency folks were called and the process started. The locals couldn't handle the problem so he was sent to Cape Girardeu to a better facility. Because of the severity of his back injury, they decided to fly him to St Louis to Barnes Jewish hospital. This is where the confusion starts. At Charleston, the cut off his clothes. They were given to my nephew,, along with his ID. By the time he got to Barnes, he was pretty drugged up and couldn't tell them his name. By the time we got there, he was in ICU listed as Bone, Doe. Bone, because of the type of injury and Doe, because they didn't know his name. Hilarity ensued while we tracked him down.

Tuesday, they came and got him at 1 PM to do the surgery on his leg. He now has a nice metal rod holding his femur together. While he was in surgery, we took the opportunity to go get some lunch. We found a Golden Corral somewhere south of the hospital. I doubt if I could find it again. Not knowing exactly where we were, we started north. She had never seen the Arch, so we got as close as we could. The road that lead down to it was closed. She did get some nice pictures though.

We got back about the time he came out of surgery. He was pretty out of it so she went down to the waiting room and I stayed with Jim. Since he was out of it,we decided a motel room was going to be a lot nicer than a couch in the waiting room. That by then was getting crowded with noisy people and their even noisier kids.  Besides, a hot shower was going to be excellent. We went back the next morning and I spent most of the day with him.We decided about 2 PM to head home. We had some friends watching the house and taking care of the dogs. After a couple stops along the way, we got home about 9:30 Wednesday night.
I called Jim yesterday and they were going to transfer him out of the ICU to a regular room.I don't know how long he will be there and they are already talking about transferring him to a rehab living center. He's got along way to go,but he does have feeling in his feet and legs, so that is something. More when I know more. If you are so inclined,you might ask the Big Guy to watch out for us fools, we tend to be hard headed. And hardheaded will probably be why I know he's going to be OK.
Posted by Robert Fowler at 12:54 PM 3 comments: Links to this post

Veterans signed their lives away,To protect this land every day.Because of the brave we all see.America is still the ‘land of the free’.
A blank check they did sign,Willing to lay their lives on the line.Arms and legs they did lose,PTSD and physical abuse.
After coming home from the horrors of war,Many with emotional and battle scar.The VA there to help them all,FAILED and let many many fall.
Many died because the VA lied,Has definitely dampened American pride.Cheaters and liars this government has become,Letting our heroes die one by one.
All gave some and some gave all,And many continue to carry the ball.We are still free because of them,They are the proud the fighting men.
America when is enough enough?Letting government ride roughshod over us.I am a PROUD veteran you see,And my battle cry is MOLON LABE !!
John D USN RVN ‘71, 72, ‘73, evac ‘7505/22/2014
Posted by Robert Fowler at 11:39 AM No comments: Links to this post

Updated to add one of my favorites.

Posted by Robert Fowler at 7:49 AM 2 comments: Links to this post

Losing the peace in Iraq

Posted by Robert Fowler at 11:50 PM No comments: Links to this post

How About We Regulate Alcohol And Cigarettes?

How About We Regulate Alcohol And Cigarettes?

Kicking Kings ass.
Posted by Robert Fowler at 4:41 PM No comments: Links to this post

Lagniappe's Lair: Talk about people who need to be careful what they wish for...

Lagniappe's Lair: Talk about people who need to be careful what they wish for...

When (not if) the collapse comes, there are going to be two types of people. The survivors and everyone else. A bunch of the commentors in the original article won't last more than a month, if that long. There are advantages to being raised to be self sufficient.
Posted by Robert Fowler at 11:25 AM 1 comment: Links to this post

90 Miles From Tyranny : IRS scandal is a violation of Americans’ trust

90 Miles From Tyranny : IRS scandal is a violation of Americans’ trust: U.S. Rep. Marsha Blackburn It is with a heavy heart and disappointment that I write this. In May 2013, we confirmed the IRS was targetin...

Well worth the time.
Posted by Robert Fowler at 6:46 PM No comments: Links to this post