To here these liberal idiot pisswit reporters tell it, they are assembling death and destruction with every box. And they accuse us of fear mongering.
Posted by Robert Fowler at 11:15 AM No comments:

6 Reasons Obama Is Untrustworthy on Guns

If the idea that "Obama's trying to take away your guns" is an "imaginary fiction," it's not because he does not want to take away your guns. It's because political and legal realities prevent him from doing so. But for anyone who cares about the right to armed self-defense, the understanding that Obama does not like guns and reads the Second Amendment so narrowly that it has no practical meaning colors everything he does or proposes in this area. When he talks about "universal background checks," for example, you have to wonder how that requirement could be enforced without a national gun registry, a prerequisite for the sort of mass confiscation that Obama has repeatedly praised. That's not paranoia; that's logic.


Thanks to Mike.
Posted by Robert Fowler at 9:10 AM No comments:

The War on Guns: Rep. Greg Walden Addresses U.S. House on Situation in Oregon and the West

The War on Guns: Rep. Greg Walden Addresses U.S. House on Situation in Oregon and the West

The video is a  bit long, but well worth it. He addresses a lot of the problems with the BLM and the ranchers.
Posted by Robert Fowler at 3:40 PM 1 comment:

Explaining what Oregon is really about.

Thanks to David.
Posted by Robert Fowler at 4:52 PM 1 comment:

A Little History On Hillary

Forgot about some of this stuff?When Bill Clinton was president, he allowed Hillary to assume authority over a health care reform. Even after threats and intimidation, she couldn’t even get a vote in a democratic controlled congress. This fiasco cost the American taxpayers about $13 million in cost for studies, promotion, and other efforts.Then President Clinton gave Hillary authority over selectinga female attorney general. Her first two selectionswere Zoe Baird and Kimba Wood – both were forced towithdraw their names from consideration. Next shechose Janet Reno – husband Bill described her selection as“my worst mistake.” Some may not remember thatReno made the decision to gas David Koresh and the BranchDavidian religious sect in Waco, Texas resulting in dozensof deaths of women and children.Husband Bill allowed Hillary to make recommendations for thehead of the Civil Rights Commission. Lani Guanier washer selection. When a little probing led to thediscovery of Ms. Guanier’s radical views, her name had tobe withdrawn from consideration.Apparently a slow learner, husband Bill allowed Hillary tomake some more recommendations. She chose former lawpartners Web Hubbel for the Justice Department, Vince Fosterfor the White House staff, and William Kennedy for theTreasury Department. Her selections went well: Hubbelwent to prison, Foster (presumably) committed suicide, andKennedy was forced to resign.Many younger votes will have no knowledge of“Travelgate.” Hillary wanted to award unfetteredtravel contracts to Clinton friend Harry Thompson – andthe White House Travel Office refused to comply. Shemanaged to have them reported to the FBI and fired.This ruined their reputations, cost them their jobs, andcaused a thirty-six month investigation. Only one employee,Billy Dale was charged with a crime, and that of theenormous crime of mixing personal and White House funds. Ajury acquitted him of any crime in less than two hours.Still not convinced of her ineptness, Hillary was allowed torecommend a close Clinton friend, Craig Livingstone, for theposition of Director of White House security. WhenLivingstone was investigated for the improper access ofabout 900 FBI files of Clinton enemies (Filegate) and thewidespread use of drugs by White House staff, suddenlyHillary and the president denied even knowing Livingstone,and of course, denied knowledge of drug use in the WhiteHouse. Following this debacle, the FBI closed itsWhite House Liaison Office after more than thirty years ofservice to seven presidents.Next, when women started coming forward with allegations ofsexual harassment and rape by Bill Clinton, Hillary was putin charge of the “bimbo eruption” and scandaldefense. Some of her more notable decisions in thedebacle was:She urged her husband not to settle the Paula Joneslawsuit. After the Starr investigation they settledwith Ms. Jones.She refused to release the Whitewater documents, which ledto the appointment of Ken Starr as Special Prosecutor. After$80 million dollars of taxpayer money was spent, Starr'sinvestigation led to Monica Lewinsky, which led to Billlying about and later admitting his affairs.Hillary’s devious game plan resulted in Bill losing hislicense to practice law for 'lying under oath' to agrand jury and then his subsequent impeachment by the Houseof Representatives.Hillary avoided indictment for perjury and obstruction ofjustice during the Starr investigation by repeating, “I donot recall,” “I have no recollection,” and “Idon’t know” a total of 56 times while under oath.After leaving the White House, Hillary was forced to returnan estimated $200,000 in White House furniture, china, andartwork that she had stolen.What a swell party – ready for another four or eight yearof this type low-life mess?Now we are exposed to the destruction of possiblyincriminating emails while Hillary was Secretary of Stateand the “pay to play” schemes of the Clinton Foundation– we have no idea what shoe will fall next. But toher loyal fans - “what difference does it make?”Electing Hillary Clinton president would be like grantingSatan absolution and giving him the keys to heaven!And just think, since leaving the White House, the Clinton's, through 2014,have made $221 million and BOTH are still drawing taxpayer funded U. S.Government pensions.

Thanks to Phil. Feel free to pass this along.
Posted by Robert Fowler at 1:54 PM No comments:

Do Executive Orders Violate the Constitution ?

The Myths
Presidents can issue executive orders that are legally binding on the general public.

These executive orders are backed by the full force of law just like laws passed through the formal legislative process.

A president can use executive orders to go around congress.

The president can use executive orders to modify laws passed by congress and can order executive departments to selectively enforce provisions of laws.

These executive orders are authorized by the Constitution.

Only laws passed through the formal legislative process have full force of law. Executive orders do not meet this requirement.

Congress alone has the power to write and pass laws.  If congress chooses not to pass laws that the president advocates for the president can in no way act unilaterally. The president is restrained by the Constitution.

The president must enforce laws that are passed by the formal legislative process as they are written.  If the president does not like a bill passed by congress or feels it violates the Constitution then the president can veto it before it becomes law.

Issuing executives orders that are given the full force of law is a clear violation of several provisions of the Constitution.
The Facts

RTWT It spells out exactly what each branch of government is responsible for, including making law.

Obama can meet with whomever he want's, but his pen is only good for signing the laws that congress passes. He has no authority to enact any gun laws at all. He's blowing hot air up the asses of the gun haters

Thanks to David C.
Posted by Robert Fowler at 7:00 AM 1 comment:

On the lighter side. 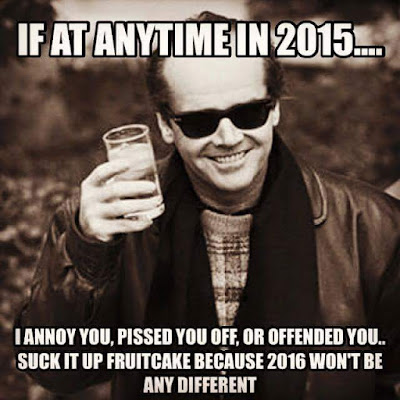 From the bottom of my heart.

Thanks to Angel
Posted by Robert Fowler at 7:00 AM No comments: