“The True History of the Southwest,”

by Matthew Bracken
The fallacies surrounding the history of the Southwest are staggering, chief among them the “Aztlan” fairy tales. What is the truth? How did the Spanish Europeans conquer the Southwest? The “conquistadores” (that means “conquerors”) did it with the lance, and the lash.
For example, in 1541 Coronado entered present-day New Mexico (which included present-day Arizona during the Spanish era) searching for the “lost cities of gold.” One of his first actions upon meeting the natives was to burn hundreds of them alive in their dwellings, for not handing over suspected horse thieves. That is how Spain conquered the natives of the present US Southwest—not with hugs and kisses. It was certainly no love-fest between long-lost brown-skinned soul-mates, as it is often portrayed today by the delusional Aztlaners, who spin the “new bronze race of Mestizos” toro-mierda fable.
By 1821, Mexico City was strong enough to overthrow the even more decrepit and ineffectual Spanish colonial rule. However, the distant provinces of the current U.S. Southwest were far beyond the reach of the authority of the independent but strife-torn new government in Mexico City. These distant northern provinces received neither military protection nor needed levels of trade from the south. Under Spanish colonial rule, trade with the USA was forbidden, but at least Spain provided trade and Army protection from hostile Indians. Under Mexican abandonment and neglect, the Southwest received neither trade nor protection from Mexico City.
For example, Comanches and Apaches ran rampant in the 1830s in the power vacuum created by Mexican neglect, burning scores of major ranches that had been active for hundreds of years and massacring their inhabitants. Mexico City could neither defend nor keep the allegiance of its nominal subjects in these regions. Nor did it provide needed levels of trade to sustain the prior Spanish colonial era standard of living. Mexican governmental influence atrophied, withered and died at the same time that American pathfinders were opening up new routes into the region.
Increasingly, a growing United States of America was making inroads into the Southwest, via ships into California, and via wagon trains of trade goods over the Santa Fe Trail from St. Louis. The standard of living of the Spanish inhabitants of California, Arizona, New Mexico and Texas subsequently increased enormously, which is why they did not support Mexico City in the 1846-48 war. In fact, the Spanish-speaking inhabitants of the Southwest never considered themselves “Mexicans” at all, ever. They went, in their own eyes, from Spanish directly to American. To this very day, if you want a punch in the nose, just call an Hispanic native of New Mexico a “Mexican.”
So how long did Mexico City have even nominal jurisdiction (in their eyes) over the American Southwest? For only 25 years, during which they had no effective control, and the area slipped backwards by every measure until the arrival of the Americans. The Spanish inhabitants of the Southwest never transferred their loyalty to Mexico City, because all they received from the chaotic Mexican government was misrule, neglect, and unchecked Indian raids.
Since then, how long has the area been under firm American control? For 150 continuous years, during which time the former Spanish inhabitants of the region, now American citizens, have prospered beyond the wildest dreams of the Mexicans still stuck in Mexico. To compare the infrastructure, roads, schools, hospitals etc. of the two regions is to understand the truth. The Mexican government has been mired in endemic graft, corruption, nepotism and chaos from the very start until today. The ordinary Mexican peons have been trampled and abused, while only the super-rich elites have thrived. This is why millions of Mexicans want to escape from Mexico today, to enjoy the benefits of living in America that they can never hope to obtain in Mexico.
And because today Mexico is a corrupt third-world pest-hole (despite having more millionaires and billionaires than Great Britain), we are supposed to let any number of Mexicans from Chiapas, Michoacan or Yucatan march into the American Southwest, and make some “historical claim” of a right to live there?
From where does this absurd idea spring?
At what point in history did Indians and Mestizos from Zacatecas or Durango stake a claim on the American Southwest? Neither they nor their ancestors ever lived for one single day in the American Southwest. The Spanish living in the Southwest in 1846 stayed there, and became Americans by the treaty of Guadalupe Hidalgo. There were no Spanish inhabitants of the Southwest who were marched to the border and driven into Mexico. It didn’t happen. The Spanish in the Southwest welcomed American citizenship, which brought stability, protection from Indian raids, and a vast increase in their standard of living with the increase in trade with America.
In summary, no current inhabitants of Mexico have a claim on even one single inch of the American Southwest. Not one single citizen of Mexico is sneaking into the United States to reclaim property their ancestors were deprived of. Not one. They are criminal invaders and colonizers, pure and simple.
It’s time Americans learned the true history, as a counter to the currently prevalent "Aztlan" fairy tales put out by "La Raza" (The Race), "MEChA" (the Student Movement for Aztlan) and other radical anti-American groups.

If you haven'r read the Enemies series, you are missing out.
Posted by Robert Fowler at 10:51 AM 2 comments:

The State of Connecticut says that all citizens must register rifles and high capacity magazines, or be charged will a felony. As many as 350,000 people could face heavily armed police smashing down their doors and be charged with a felony.
The legislature of Connecticut says that a registration is needed so they can know where the guns are. Yet at the same time, they are sending threatening letters to gun owners. So they already have records of who has purchased certain guns. The fact is, that the Connecticut legislature fully intends to confiscate hundreds of thousands of firearms anyway. The registration process will simply make it easier to confiscate, because you acknowledge that you still own a firearm that the state already suspects that you own.
RTWT and be sure to listen to the audio

The PTB need to recall Slick Willie's rules of engagement from Kosovo. That makes the press and politicians fair game.

Walter Zoomie's World: For My Pals In Connecticut...

Walter Zoomie's World: For My Pals In Connecticut...: In response to this... ...I offer you this. Here's a version that is more printer friendly and you won't use so much of...

You should send this to every politician on your mailing list. Especially with the added message; Molon Labe bitches.
Posted by Robert Fowler at 1:34 PM No comments:

90 Miles From Tyranny : Soros's Attempt To Control News Coverage Using The...: (from breitbart) The real mystery behind the FCC's now abandoned "study" to police American newsrooms is why the mainstrea...

Just what we need, government agents in the newsrooms across the country. How long before they would go from asking questions to telling them what to produce? 1984 was supposed to be a warning, not instructions.
Posted by Robert Fowler at 12:06 PM No comments:

Not only no, but hell no. The manufacturer thinks that a 10% failure rate is fine. So for a 10 round magazine you get 9 rounds and a dud. I'll keep my dumb gun. I know when I hit the switch it will go bang. The last thing I want if I need a gun is a holy shit moment.
Posted by Robert Fowler at 10:06 AM No comments:

Just a couple of thoughts

Posted by Robert Fowler at 8:07 AM No comments:

Walter Zoomie's World: Apps To Solve Problems: I am sorry. 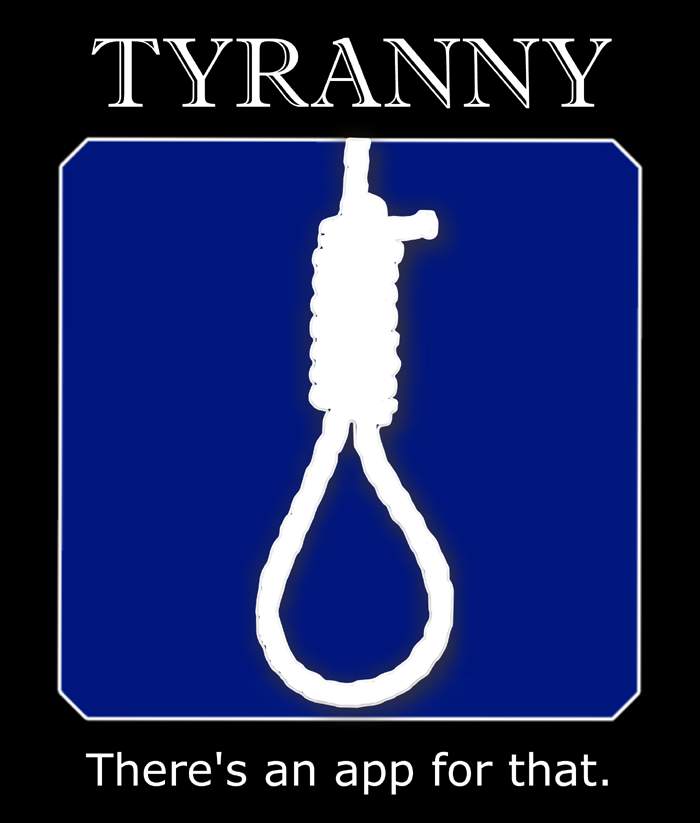 See them all. Walter has outdone himself.
Posted by Robert Fowler at 7:22 AM No comments: